Discuss the FN Five-seveN line of pistols and accessories.

Can someone inform me on the meaningful difference between SS198LF & SS195LF ballistics. Other then the fact that the SS198LF bullet is designated a green tip and sold in a red box and the SS195LF is sold in a blue box????
Top

All use the same 27gr bullet.

In the past the 195 came in a solid white box. Then it was re packaged in the current Blue and White box. Along with the new box FNH neutered the the SS195 markedly. Depending on the batch 400fps slower then old white box SS195.

EA's S4M is still 400+ fps faster than SS198. Apparently the green paint did not provide the performance upgrade FNH had hoped for. 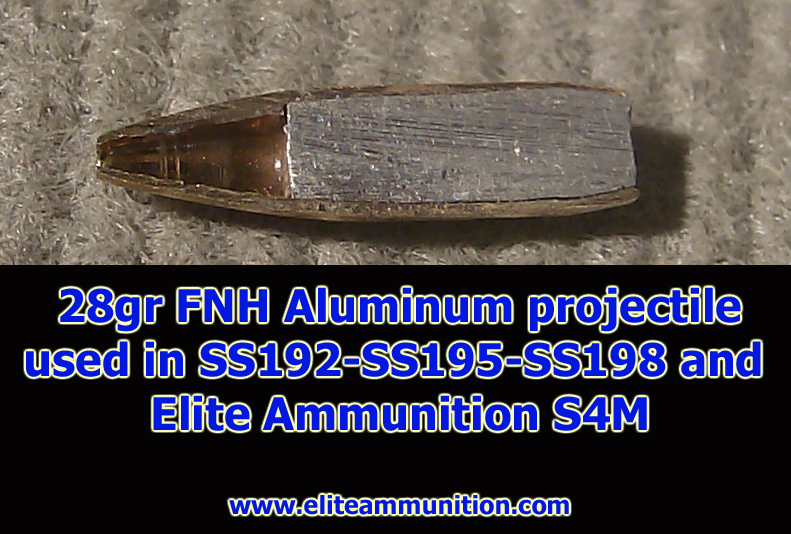 "Engineers, the oompa-loompas of science!"

Chrono still only shows S4m around 200 fps faster than SS198

You mean out of the PS90, right?!
Never attribute to malice that which can be explained by stupidity.
The shooter will always matter more than the gear ever will.
Stop relying on others to do the work for you.
Shoot more, worry less.

Also note that all 2018 and newer SS198LF have a cannelure on the bullet. Not sure why unless they are using it for crimping, but it's well below the neck.
Top

Yes there is a cannelure, but they are still glueing.
Jay Wolf
Pr. Elite Ammunition

"Engineers, the oompa-loompas of science!"

Users browsing this forum: No registered users and 14 guests